Maryam Fallahi is our international expert and life coach working on things such as  life planning, behavior change, habit formation, self sabotaging behavior, etc. She’s back as a guest blogger with a very skillful article on our inner defender. She utilizes a lot of this Internal Family Systems (IFS) stuff you hear me talking about. Please reach out to her for coaching support on your inner defenders or post a comment if you’d like to express yourself here. You can email Maryam for a coaching session at: fallahi.choicecoach@gmail.com 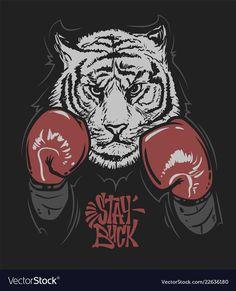 Hi. I am back! Today I want to introduce you to a new part of our psyche—the inner defender.

The inner defender gets activated in response to our inner critic. It’s job is to defend our dignity ; to preserve our integrity; and to keep our self-esteem intact. Where the inner critic attacks, criticizes, and compares, the inner defender fights back, it demands the critic to be quiet and stop its attacks. For instance, If the inner critic calls us lazy, it argues it that we are not lazy. It the inner critic thinks we are fat, it tells it to get lost. It tries to get rid of our inner critic or expel it from our psyche to no avail.  Even though our inner defender is our sweet internal rescuer, it cannot save us because it too is a child part. Consider the following scenario where two fifth graders (Abdol and Joseph) are fighting on the playground:

Joseph- You are so stupid.

Joseph- Oh, you are!

Abdol – I will show you who is stupid (defends himself).

The problem is in arguing with the inner critic not only do we lose a tremendous amount of energy but also the fact that we are arguing with the inner critic dignifies whatever it is saying and shows the power it has over our psyche. The fifth grader fights his class mate because first of all he sees him as  a threat and secondly he is convinced he can protect himself by getting Joseph to respect him. On the other hand, if the fifth grader knew that there was not a slightest chance he could win the fight he would have refrained from fighting and instead surrendered believing the bully—actually this is exactly what our criticized child does. So, where the criticized child is our injured child part, the inner defender is our strong child part. The problem is as strong as the attacked fifth grader sees himself, he cannot get his classmate to stop yelling this way.

In order to stop the fight we need some kind of an intervention from someone in a higher stage of development. Let’s say a compassionate teacher to talk with attacker, Joseph in this situation. The teacher would empathize and then investigate to see where the bully is coming from.

After assessing the situation, the teacher might explain to the child that the only person he has power over is himself. Maybe they could start by talking to Joseph first and trying to be compassionate. Maybe it is just to ignore him, shake his insults off and instead working on his own goals and strengths. On the other hand, the  wise and protective teacher might talk to Joseph and try to get him to empathize with Abdol and understand him.  It is important to note that this intervention will work if the teacher have been able to establish a secure and trusting relationship with the kids. And this is exactly what we need to do with our parts.

How can we help?

We have to intervene from a part of us—the self who is more mature, has advanced development compared to the inner defender and the inner critic, and who feels calm, safe and compassionate in their body. The self is kind , wise, trusting and curious. It really is interested in getting to know Joseph and Abdol ( our inner critic and inner defender). It cares about their well-being. It genuinely wants to hear their feelings, their needs, etc. For instance maybe then our inner critic part confides in us that it is attempting to dodge abandonment or rejection through these hurtful remarks. Maybe the inner defender tells us that he thinks the inner critic is so rude and threatens everybody. This is exactly the kind of conversation you would want to have with your inner parts as well. You need to talk to them from such a loving, mature and trusting place that they tell you everything about their inner state, their memories, their fears, their concerns, etc.